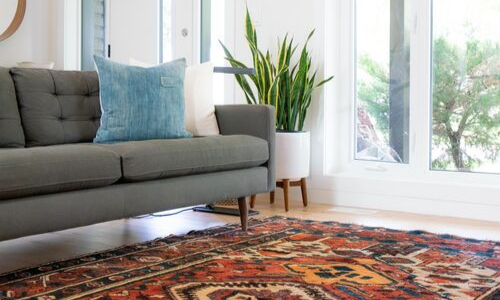 The iRobot Roomba 900 series isn’t one that we have touched upon in detail. The 900 series overall is one of the best roomba series that you can find anywhere. Each of the 900 models has something to offer and is quite well known for being dependable and lasting a while. They also have the newest features, some of which are so revolutionary that you can’t even imagine them. In this article, we’ll be discussing the features and benefits of the Roomba 960 vs 980.

The Roomba 960 vs 980 are the best of the 900 series and have innovative features, the likes of which you’ve never seen before. In this article, we will go over some of the most important features that these roombas have but the focus will be on the differences between the two. They may be similar models but they have at least 9 important differences between them that are worth mentioning. Hopefully, by the end of this article, you will be able to decide which roomba is the most suitable for you and which one you can live without.

No roomba comparison article would be complete without a comparison chart detailing all the features and differences that two roombas have. The chart between the two isn’t that different because these roombas are really similar, apart from a few key features, and you’ll be able to see why. The main differences lie in what features are included in either and how well they do their job.

Since we’ve covered the basic roomba features time and again, we’re going to ignore them for the most part. Instead, the common features will be focused on what sets these two roombas apart from the rest and why they are the top of the line models.

This is one of the best features to come from iRobot and is one that cannot be ignored. Both of these roombas have the ability to communicate with your smart home which means you can use your Alexa to control the roomba. You can schedule it to follow a time, see what it’s doing in real-time, and immediately send it to clean any part of the house that you want. You can also see if it gets stuck on something or if its bags are full. All of these reasons and more make this a really attractive feature that can be found in both of the roombas.

It took iRobot a few iterations to get this feature into their robots which is why this feature is a big deal. Both of these roombas come with HEPA filters which are essential for anyone that has allergies to dust, hair, or ash. Any of these things can set off allergic reaction and the addition of HEPA filters to both of these models is a godsend. The filters also make the air much nicer to breathe so it’s a feature that cannot be ignored.

Both the iRobot Roomba 980 and the Roomba 960 come with a host of audio and visual sensors that help it to detect what is around them. This comes in handy when the roombas are cleaning because it allows them to actively see where the most dirt lies. That way they can target those areas specifically with more robust cleaning so that no debris is left behind. This feature is important if your pet has a favorite spot to lie down, that area can become clogged with hair. This feature ensures that every area of the house will be evenly clean.

One of the more notable differences between these two and other, older models of roombas is the way that these two moves. As you well know, previous models of roombas move in a very erratic and random pattern. This has led people to complain that they aren’t cleaning as well as they should. That problem does not exist with these two models. They both use a wide range of sensors that they have to formulate an actual map of your living space. They then follow the map religiously. In every room, you’ll notice them cleaning in a very systematic manner. They don’t just randomly move, they actually go from top to bottom just so that they don’t miss even a single speck of debris.

This is one of the other features that sets these apart from the rest of the roombas. The cliff detection technology installed in these roombas is so advanced that instead of just avoiding all edges, the roomba can actually see whether there’s an actual drop or if there is anything on the floor that is fooling its sensors. This allows the roomba to move much more freely and be fearless when it is cleaning.

Older roomba models used to have a different kind of roller that sometimes left behind marks when the roomba cleaned. These marks were most prominent on softwood floors but could also be seen on carpet. That problem is also non-existent now. Both of these roombas come outfitted with brushless rollers that do not leave behind marks on any floor that they clean on. If you’ve had expensive flooring done then give these roombas a shot.

Not a lot of the previous roombas are able to clean your whole house by themselves. These two can. They are able to navigate more than 2000ft2 which is more than enough. That is per level which means that if you have a three-story house with that much space per level, neither of these roombas will have any problems with cleaning the entire thing. It can also effortlessly move from one room to the other so it won’t need any help with the cleaning. This feature makes these roombas completely autonomous, which is exactly why you would want to buy a roomba.

9 Important Differences between the Roomba 960 vs 980

Here are 9 of the most important differences between the two roomba models. These differences can help you decide which model is the best for you and which one is worth the price.

Carpet boost is the most innovative technology that iRobot has to offer. It is currently only available in the Roomba 980, the i7, and the i7+. If you haven’t heard of the i7s then don’t fret, they are the newest automatic vacuum cleaners from iRobot. They are quite literally the definition of top of the line and include so many incredible features that you can’t even imagine what most of them do. Carpet boost is one of those top of the line technology that is found in the 980 but not in the 960. The technology basically allows the roomba to clean carpets at an unprecedented level of efficiency.

This technology may seem very subtle, and it is, but the effects that it has on the cleaning prowess of the roomba. As soon as the roomba detects that it is cleaning on carpet it kicks up the suction to full, allowing it to suck up even the most hard to clean debris on the floor. This feature is excellent for people with pets because it quite literally leaves no trace behind so you won’t have to worry about pet hair ever again. The 960 has no such feature and cleans every surface evenly rather than adapting to different surfaces.

The battery life of both of these models is different despite being the same type of battery. They both have Lithium-Ion batteries installed so we won’t have to get into which type of battery is better. (It’s Lithium-Ion). We can just go over how long each of these individual batteries lasts. The 980 boasts a battery life of two hours whereas the battery life of the 960 is about 75 minutes. That is quite a difference between the two so if you have a house that requires a while to clean you might want to look at this difference. The 960 almost has half the battery life as the 980, which means that it will need to recharge more, do more trips around the house, and basically do everything that every low battery life vacuums do.

Both the 960 and the 980 come with virtual walls but the 960 only comes with one whereas the 980 comes with two. It isn’t that big of a difference but it counts because it limits how you can use the roomba. With two virtual walls, you can essentially control exactly where the roomba can and can’t go, whereas with just one wall you can only sort of guide it.

All iRobot roombas use a technology called Aeroforce suction which is what enables the roomba to suck up dirt, dust, and debris. The 960 features an Aeroforce suction with 5 times the power of previous roombas whereas the 980 has a suction that contains strength 10 times that of previous roombas. That really factors into how well they are adapted to cleaning. The 980 has a clear advantage with this feature because it can clean so much more effectively because it can pick up even the smallest of debris very easily.

This is one of the features that is in favor of the 960. As mentioned above, the 960 has the same motor as previous roomba models. That particular motor produces a sound which comes in at 65 decibels. The newest motor, the one that is installed in the 980, is more powerful and thus is louder. The new motor comes in at 70 decibels which isn’t that much louder than the other one but it still makes a difference. If you’re prone to being annoyed by noise or plan to be at home when the roomba is cleaning, then you should give each of these a noise test, or at least look on up on Youtube. The noise that they make can make a huge difference between them being useful and them being annoying.

There is also a slight difference in weight between the two roombas. The 960 weighs about 8.5 pounds whereas the 980 weighs 8.7 pounds. We know the difference isn’t much but it can play a factor in how easy the roomba is to move around, and how stable it is. The roomba with more weight will be more stable whereas the lighter one will be easier to move around. The difference isn’t great but it can still have an impact on the operational efficiency of the two roombas.

There are a few design differences between the two models but the most prominent one is the outer casing of the roomba. The 980 has a much more polished look when compared to the 960. The 960 looks very boring in comparison because the outer shell of the roomba is duller than the 980s. The 980 looks like a modern cleaning appliance and looks like it is worth something, whereas the 960 can be mistaken for a lot of the older models.

The greatest difference of all is the price of each of the roombas. The 960 will end up costing you less,  whereas the 980 will cost you a bit more. Generally, it’s about a $200 difference. The huge price difference can be attributed to the fact that the 980 is designed to be a status symbol and it is one of the best roombas of all time. It has everything apart from self-cleaning bins and that is why it is priced so much higher than the 960.

It’s hard to pick either one over the other because they each justify their price. They both have great base features and the features that set them apart are also pretty awesome. In this we’ll have to abstain from picking because we just can’t make a decision. As for which one you should opt for, the decision is completely yours. If you can justify the extra $200, then jump right in for the 980, but if you feel that the extra features are nothing more than fluff then go for the 960. In the end it won’t matter which one you choose because both of them are prime cleaning machines that will not let you down.