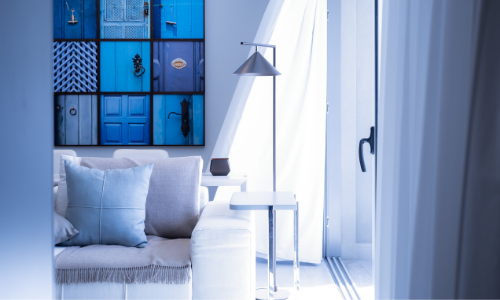 The iRobot Roomba 620 and 650 have become very convenient tools to facilitate an effective and thorough vacuum cleaning of a home. There are many unique features of these robots including the fact that they are autonomous and don’t require constant supervision from the user. These incredible user-oriented features are responsible for such massive popularity of these robots with people who are always running tight on schedule because of their busy lives. In this article, we’ll discuss the Roomba 620 vs 650.

Here are some basic differences between the two roombas:

The Roomba has been releasing this robot series for many years. This series has remained amazingly popular with iRobot users worldwide. Before the 600s series, the Roomba has also released older series and there are more series that are now available in the market after the 600s.

The Roomba’s 600 series was introduced in 2012 as a development to the older 500 series. This series introduced an aerovac bin and advanced cleaning head as its standard feature. In the year 2017, the 690 was released that came with Wi-Fi connectivity so that users could use it through a mobile phone application.

These two robots belong to the 600s series released in 2012. Despite the fact that this series has now been replaced by better 800s and 900s series, it is still considered a good option for anyone looking for a quality vacuum on a budget. These two robots happen to be your best choice if you have been looking around for an economical solution.

This blog discusses seven of the most important differences between the two robots. It is important to learn about and understand these differences if you are serious about picking the best one for your needs and requirements.

Here are seven ways that these Roombas differ:

This section talks about the how the Roomba 620 vs 650 are different from one another in terms of design. They appear the same to a common eye but that’s not quite so. There are some essential differences between the design of the two robots.

This robot has dimensions of 17 x 18 x 5 inches. Its weight is 7.9 pounds. Unlike other Roomba devices currently available in only a black color, the Roomba 620 also comes in white.

The robot’s stylish yet minimalist design will definitely win your heart! There are only three command buttons on the Roomba 620 making it comparatively easier to navigate while cleaning. Unlike other Roomba models, this robot offers a more golden glow instead of green. Watching this sleek device perform its task is a treat in its own right.

The Roomba 620 has been designed to fit in and access even the most hard-to-reach places in a room.

The Roomba 650 is the best-selling device of the 600s series. It is also the most carefully and beautifully designed smart floor cleaner. The device has a dark yet attractive look. Unlike Roomba 620, its dimensions are 13.4 x 3.6 x 13.4 inches.

iRobot has a thing for the minimalist design, and they have been the most successful with the Roomba 650. It offers ‘tricky’ cleaning solutions which means that it can access not only ‘hard to clean’ areas but can do so using creative tricks. This model is entirely different from other Roombas and is a great choice no matter what the series.

In this section we will briefly mention how the two robots differ from each other in terms of performance.

Being an average-ability robot, the Roomba 620 can perform a satisfactory job. It takes quite an effort for this device to understand its surroundings, however. The Roomba 620 has a 3-stage cleaning system. You can boost the performance of this robot by purchasing the virtual walls for it. When you start using this robot, it is advised that you carefully analyze its movements.

On the other hand, the Roomba 650 is a fantastic machine which is highly durable as well as an affordable smart floor cleaner. Unlike Roomba 620, the Roomba 650 provides you a feature called ‘scheduling’ that allows you to plan cleaning up to 7x per week.

Another difference is that it automatically docks and charges. Roomba 620 does not offer you this feature.

It’s now time to learn about the cleaning capabilities of the two robots.

This device is reported to face difficulty in detecting tiny objects. This robot also has the habit of colliding with middle-sized objects and might knock them off the table. You can overcome this problem by purchasing virtual walls separately (a hassle, but necessary with this robot).

Roomba 620 has no multi-navigation system, so it cannot navigate through rooms automatically.

This device is capable of detecting small-sized objects. The Roomba 650 features excellent cleaning features. Its auto-docking ability definitely makes it far better and more independent than the Roomba 620. This means if the battery goes down, it automatically goes to docking and gets a full recharge.

This section is devoted to discussing the general advantages offered by the two machines. You will learn how these two robots differ in the type of benefits they offer.

This robot will give you the following benefits:

The above advantages are indeed a blessing. Let’s take a look at the Roomba 650 for comparison.

In addition to providing users with the same benefits as the Roomba 620, this device also offers several additional benefits. Here is a complete list of the advantages offered by the Roomba 650:

The term navigation refers to the robot’s ability to move around the location and find any areas that require cleaning. Both robots have their own unique navigation features to offer. Here are the details:

Despite being less advanced than the other device, the Roomba 620 comes with dirt detection features. This quality enables the robot to spot and collect the dirt even in the most remote  areas of the room.

The battery is definitely one of the most important considerations to bear in mind. After all, you need battery to do the cleaning!

This machine rightly boasts a longer lasting battery. By charging it for a short time, you can use it for many hours without an issue.

When it comes to battery life and power, the Roomba 650 comes with a stunning feature called docking. The docking lets the machine recharge itself without the intervention of the user. This is a great feature we love having!

Now that we have familiarized ourselves with the features, let’s check out pricing.

Which Is The Winner?

As we have been through the features and benefits of the Roomba 620 vs 650, it’s time to pick a winner. Keeping in view all the details in front of us, we have chosen the Roomba 650 as our winner. This vacuum cleaner definitely steals the show here.

Although both machines have sleek designs, the Roomba 650 has an added benefit of the docking feature. The automatic docking means that the Roomba 650 can not only detect when its battery is running low, but it will also begin charging itself without needing an external user to interfere.

If you are tight on schedule or you are just too lazy to undertake vacuuming, Roomba 650’s outstanding scheduling facility is there to help you. You can simply schedule when the cleaning is supposed to take place. This means you are liberated from the worries of keeping anything related to vacuuming in mind. This amazing feature will offer you great help.

Self-charging is another reason Roomba 650 has a clear and sharp edge over its brother, Roomba 620. The device’s ability to self-charge offers enormous convenience to the user. With this device, you don’t have to keep an open eye on the battery level as the machine’s internal system will take care of it. This means that next time you turn it on for vacuuming, you won’t be disappointed because of its low-battery.

Keeping the above differences in mind, you can definitely choose the right vacuum for your needs!