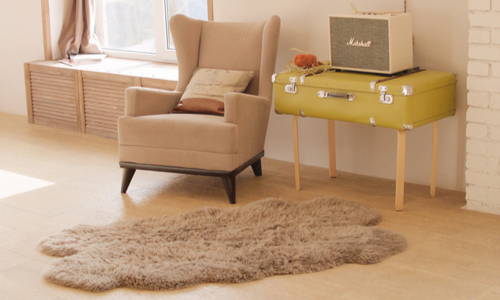 The iRobot Roomba 614 vs 650 is one that we have covered many times but never in great detail. It has always been about a general overview of the two models rather than concrete differences between the two. That is what we will be addressing in this article. The 600 series caused quite a stir when it was first announced. It came with a host of revolutionary features that went on to define the next generation of roombas.

In this article, we’ll first discuss the common features that each of these roombas shares and then we’ll move onto 5 main differences between the two to see which one comes out on top

Here’s a quick overview of the common features and the differences between the two. We’ll go over each of the features in detail later on so consider this as a guide of sorts so that you know what to expect from the article.

These models share a lot of common features, which are important to mention just so you know what you’re getting with your purchase. Below is a comprehensive list of features that can be found in both the 614 and the 650.

The first stage, agitate, makes use of the roomba’s dual brushes in wide angles. This stage ensures that all the large particles of dust, dirt, and other debris are agitated and shaken loose. This is a very vital stage as it ensures that no debris remains trapped on the floor, no matter what type of floor it might be. The second stage is the brush stage in which the roomba shakes lose all the smaller particles and exposed them to being sucked up. This stage is important if your roomba is cleaning on carpet and you want to make sure that the carpet is as clean as possible. After both of these stages the final stage takes place which is the suction stage. The suction stage makes sure that all of the debris that has been shaken loose, whether it be small or big, is collected by the roomba. This is the stage that makes sure that nothing is left behind once the roomba moves on to new areas.

Both the roombas that we are discussing feature three separate brushes that are uniquely equipped to handle the tasks that they are meant for. The brushes that these roombas have can be divided into two. The first division includes the dual brushes that handle the brunt of the bottom brushing and sweeping. The other division, on the other hand, includes the sweeping edge brush which is a very important addition to the roomba.

The dual brushes handle most of the 3 stage process that was described before. They are in charge of both agitation and brushing and ensure that the area under the roomba becomes as clean as possible. The dual brushes work in unison and make sure that no dust, dirt, or debris is left behind after ghetto roomba moves on to a new area.

The sweeping edge brush, on the other hand, is better suited for cleaning around the roomba rather than under it. If you’ve ever taken a close look at the design of roombas you’ll notice that they are circular in shape. That may make them perfect for cleaning underneath them but it makes them incapable of cleaning around them. That is where the edge brush comes in. The brush extends from the roomba and cleans around it, making sure to reach the places that the roomba itself cannot reach. This includes under furniture, around obstacles, and even on furniture.

Both of these roombas are fitted with dirt detection technology that actively tells them where dirt lies. This is accomplished through the range of visual sensors that the roomba hosts. These cameras get a layout of the room and allow the roomba to see where the most dirt resides. The roomba then uses that information and goes to those areas specifically in order to clean as effectively as possible. This dirt detection technology was so important at that time that it became part of all future roombas and was improved with further models to further increase the effectiveness of future models.

Both of these roombas feature the automatic recharge feature that allows the roomba to know when its battery is about to run out. It then hurries over to the charging dock that you have placed all by itself.  It will dock automatically and stay there until it’s full. After that, it will let you know when it’s ready to be used again, or if you’ve set a schedule for it will follow that schedule and clean automatically.

Both of these roombas come with the proprietary Aeroforce suction that enables the roombas to be as effective as they are. The suction is far better than any ordinary vacuum cleaner and ensures that nothing is left behind once the roomba moves on to a new are. Now this suction was improved in future models but it is still pretty great because it’s still better than traditional vacuum cleaners.

The 600 series was notable for its excellent navigation capabilities. Instead of cleaning in what seems like a random pattern, the roomba actually makes a path that ensures the best cleaning process. The roomba uses all the sensors that it has in order to formulate a map of the room. It then takes into account any obstacles that can be usually found in the room. After all of this, the roomba calculates the best possible path to take when cleaning.  This way the more a roomba cleans a room, the better it gets at it. This technology makes it so that the roomba practices its cleaning process every time it cleans and each time it gets a little better at it, eventually becoming able to clean the room with maximum effectiveness.

Differences Between the Roomba 614 vs 650

That’s it for the similarities between the two roombas. They may have a lot of similar features, but they are also wildly different from each other. This can be seen clearly because of one of the greatest features that roombas have to offer.

Virtual walls are truly an innovative technology purely because of all the ways that they can be used.  This is one technology that requires a little technical detail. The 650 has all the sensors that the 614 has but it has one additional sensor. It is one that allows it to see a specific type of infrared light. This light is visible to only the 650 and it has one purpose… to stop the roomba. The virtual wall is a device that transmits an infrared ray of light that makes the roomba believe that the light is actually a wall. It basically stops the roomba from crossing the light and confines it. This technology can be used for a variety of reasons if you want to stop the roomba from going into another room, if you want the roomba to focus on one specific area, or if you want to stop it from bumping into an obstacle. The possibilities are endless with virtual walls which is why it is such a big difference between the two.

Another obvious difference between the two is the price at which they are offered. The 650 will end up costing you a bit more, whereas you can find the 614 for much less at most stores. Click here to check price of the Roomba 650 and head here for the Roomba 614 price. The reason for the difference in price is because of the features. The 650 simply has more to offer and that can be evidenced in the price. Some people might argue that price shouldn’t be included in the list of important differences but we disagree. Price is the single most important factor that decides whether you will end up purchasing something or not. Some things are only worth what you are willing to pay for them and that is the case with these two roombas. Do you feel that the additional features make up for the difference in price? Every person’s answer to this question will be different so it is important to highlight that these two roombas are actually different in price because that will ultimately influence you into purchasing them or not.

The 650 comes with the added feature of being able to be programmed to follow a certain schedule. This is quite a unique feature as it allows you to set the parameters that you require to completely automate this cleaning machine. The scheduling feature allows you to set up a time for the roomba to do its job. This time will act like an alarm for it and as soon as that time is reached the roomba will start cleaning all by itself. This is a very useful feature because you can set up the roomba to work any time that you want it to. You can have it clean your home when you’re away, at work, on vacation, etc. The possibilities of using this feature are endless and are a very important one to consider if you plan on being away a lot and still expect your home to be spick and span when you head back.

Both the 614 and the 650 use different types of batteries which may seem strange as they are made by the same manufacturer. However, one of these batteries is arguably better than the other. The 650 uses the traditional lithium-ion battery, which is known to be reliable and energy efficient. The 614, on the other hand, utilizes lithium polymer batteries which may look the same but definitely do not work the same way. Lithium polymer batteries are known to store less energy than lithium-ion batteries which is a huge difference in our book. It basically means that the 650 will last longer on the same charge than the 614. This is an important difference to consider if you plan on using the roomba regularly and expect it to finish its job in a timely manner.

The 650 does not have the technology known as advanced dirt detection but it is better than the 614 at detecting debris in a room. This is mainly because of the sensors that the 650 has at its disposal. The 650 comes with a lot more sensors, and those are also better than the 614’s so it ends up making a difference. The 650 is able to clean rooms more thoroughly and ensure that no debris is left behind, no matter where it is hidden.

Both of these roombas have different features which make them attractive to different people. With that being said, we believe that the 650 is worth the extra money purely because of all the features that come with it. It can perform its cleaning duties extremely well and is worth the purchase. It also has a much sleeker design so it’ll look better while it’s cleaning!