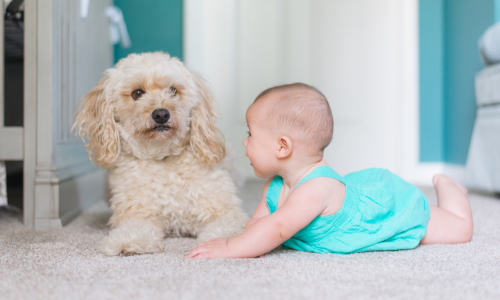 Today we are going to be comparing two of the most popular roombas by iRobot. This article is all about the Roomba 805 vs 650, two roombas that have proven to be the most popular amongst the general public. In this article, you can expect a full feature comparison between the two and in the end we’ll let you know which roomba we think is the better option between the two. Before we get into the details, here is a simple comparison chart of the Roomba 805 vs 650 to give you an overview of what you can expect from each of the models.

Before we get into the defining features of these two roombas let’s first analyze the common features that both these roombas share.

3 stage cleaning is a huge feature that is available in all roombas as it is the one feature that makes roombas such effective cleaning machines. The 3 stage cleaning process of roombas works in the following way. The first stage that the roomba initiates is the agitation stage. In this stage, the roomba uses the variety of brushes that it has in order to work the ground and agitate it in such a way that the large particles of dust, dirt, and debris are shaken loose and can thus be easily be picked up by the roombas suction. Before that suction stage though there is another stage that takes place which is called the brush stage.

The brush stage is integral to making the roomba an effective cleaning machine. The brush stage shakes loose the smaller particles of dirt, dust, and debris that might be trapped in the floor. This stage is especially vital for floors such as carpet and rugs because they trap a lot of the smaller particles and don’t release them to just suction. That is the reason why the roomba performs the brush stage so that the floor is appropriately prepared for the final stage which is the suction stage.

In the suction stage, the roomba sucks up all the debris that it has shaken loose and stores it in the cleaning bag that it comes equipped with. This is arguably the most important stage in the whole cleaning process because it is only through this stage that the roomba is able to pick up all the dust, dirt, and debris that it has shaken loose. These three stages are what makes the roomba so effective at cleaning each and every type of surface as it cleans them all thoroughly and makes sure that every piece of debris is picked up once the roomba moves to a new area. The 3 stage cleaning is so important that it is featured in all the roomba models from the first to the last.

Both the 805 and the 650 feature 3 different brushes, each with their own set of jobs that they do in order to make sure that the roomba cleans as effectively as possible. The three brushes can be divided into two categories that have their own task set. The first category is that of the dual multi-surface brushes that allow the roomba to clean each and every surface equally. These two brushes work in unison to ensure that the roomba cleans all surfaces to the best of its capabilities. These brushes are designed to be a pair of cleaning extremities that act like the roombas arms. They work together to make sure that no particle of dirt is left in the floor once the roomba hovers over it.

The second category is that of the edge brush which is useful in situations when the dual brushes cannot reach a certain area. This edge brush comes in handy when the roomba cleans corners because the angle doesn’t allow the dual brushes to clean it. The edge brush also comes in handy when cleaning around furniture as it allows the roomba to clean without bumping into the furniture again and again.

Both these models come with the added iAdapt navigation technology which is native to iRobot and iRobot only. It is a technology that makes use of the variety of audio and visual sensors that can be found on the roomba. This technology uses these sensors to see where obstacles lie and where it can traverse freely. This technology is why these roombas are able to navigate around rooms without hitting everything in their paths. It is a more recent technology and is found in a select number of roombas, these two happen to have the technology so that they can navigate much better than other models that do not have this technology.

Both of these roombas are programmable which means you can set the time for them. That doesn’t mean that you can set a clock in the roomba, you can actually set when you want these roombas to clean. Say you set it up for 8 am, the roombas will ‘wake’ at 8 am everyday and start cleaning whichever room you have them in. This way you can have the roombas clean whenever you want. It is a great feature that is especially useful for people that are away from home a lot and follow a certain routine each day.

The virtual wall technology is one of the best one in roombas and is one that is not found in many models. In this case, both the roombas come with this technology. This technology basically allows you to control the roomba in a more effective manner. Virtual walls are actually a piece of equipment that come with the roomba and are able to produce a light that only the roomba can see. This light is detected by the roomba as a wall. Once the roomba detects this as a wall the roomba doesn’t cross it no matter what. This allows you to set the roomba to certain rooms and confine it in a way that it will only clean the area you place the roomba in. This can come in handy for a wide variety of reasons, like if you need to stop it from going through an open doorway, or if you need it to stay in a certain place because it needs a lot of cleaning.

Remember those sensors that are used by these roombas to navigate? Well, those sensors aren’t only used for navigation. They are also used for dirt detection. The dirt detection technology produced by iRobot is second to none and for a good reason. The sensors that the roomba has can be sued in unison in order to detect anomalies that do not match the flooring of the room. This way the roomba can know exactly where dirt lies on the floor and thus focus on those areas in order to make sure that those areas get the cleaning that they deserve. This dirt detection technology is immensely useful as it ensures that the roomba specifically cleans place where the most dirt can be found. 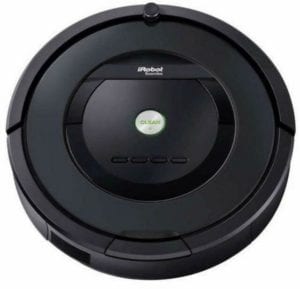 The 805 is a fantastic piece of technology that is excellent at cleaning what it is meant to. There are 3 main features that separate this roomba from the 650. The first of these is the multi-room navigation that allows this roomba to clean multiple rooms at the same time. Using this technology the roomba is able to detect how many rooms that it has to clean. It can then focus on one room and then moving to another room with ease. If this technology appeals to you then the 805 is worth checking out. If you have a home that has multiple rooms that require cleaning then the 805 is definitely for you.

The second feature that sets this roomba apart from the 650 is the Aeroforce 3 stage cleaning system that the 805 comes with. Aeroforce is a technology that is also native to iRobot roombas and it affects the way that the roomba sucks up dust. Aeroforce suction allows the roomba to suck at 3 times the power than normal suctioning. This technology makes the roomba even more effective as not even the smallest specks of dust can withstand the Aeroforce suction. The third feature that makes the 805 such an attractive choice as a roomba is the fact that instead of just one virtual wall, this roomba comes with 2. That means that you can place 2 barriers in its way in order to confine it to a single area. The 650 only comes with a single virtual wall so if 2 virtual walls appeal to you then the 805 might be the one for you.

These features don’t mean that the 805 is perfect. It does have a major drawback which is the price at which it comes at. You’ll be able to get the 805 for $450 whereas the 650 will end up costing you only $200. That is a huge difference in price between the two and the only reason for this jump in price is because it has more defined features that are native to the 800 series. That makes this roomba newer and filled with a lot more features than the 650.

All in all, it would seem that the 805 is an excellent roomba at a slightly high price. As that is the case I believe that the 805 is worth the purchase if you can find use in the features that it comes with. If you believe that the features that the 805 hosts are useless for you then you are better off sticking with other roombas. There is one thing that we should mention though, the 805 comes with HEPA filters whereas the 650 does not. That can factor into your purchase because if you are allergic to dust, smoke, or hair then HEPA filters can be a lifesaver. HEPA filters also make the air much cleaner to breathe so keep that in mind when making your purchase. That is why this roomba gets a 9 out of 10.

The biggest feature that the 650 has is the affordability that it comes with. The 650 will only cost you $200 which is a steal because of the features that have been described above. The 650 isn’t just a basic roomba, it actually has some additional features that still make this roomba a viable choice as a cleaning machine. The price is a feature because you’d be hard-pressed to find a roomba with all of these features at this price.

The 650 does have some drawbacks though. The first is that it doesn’t come with HEPA filters. That can make or break the roomba for you because if you are allergic to anything that might be released in the air when the roomba cleans then the 650 isn’t for you. If you want a roomba that makes sure that the air you breathe is as clean as possible then you should look to other roombas. This roomba is also devoid of the ability to clean multiple rooms at once. That is a technology that can only be found on roombas that are of later models. It means you’ll have to reposition the roomba manually. If you want the roomba to clean your home while you’re away then you need to look to other roombas because even though the 650 is an autonomous cleaning robot, it will still require you to be there physically in order to clean all rooms of your house.

Even though the 650 comes with these drawbacks it is still a great roomba, especially at that price. It has a host of useful features that can allow you to transition from manually vacuuming to letting a robot handle the job for you. For that this roomba deserves at least 8 out of 10.

Our pick between the two would have to be the 650 even though the 805 got a better score. The 650 is an incredibly affordable cleaning robot that comes with a lot of cool features. It works well as a starter robot and can give you the longevity that you need for a roomba. That is why the 650 wins this match.