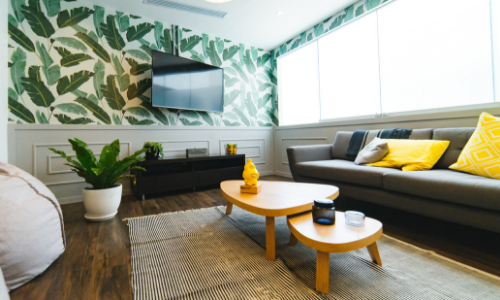 Here we go for another matchup between two popular roombas. This time we’ll just be focusing on the 600 series in which we compare the Roomba 665 vs 650. We have previously discussed the 650 multiple times because of its affordability and the features that it has to offer. This time we’ll actually be comparing it with the 665, which is a step above the 650 in a few ways.

At the end of this article, you can expect a definite answer to which roomba is superior and why we believe so. So strap in as we first discuss the common features between the two (there are a lot of them), then move on to each of their features, drawbacks, and reviews and then finally move on to our pick for who we think is the best roomba out of these two. But first here is a simple comparison chart so that you know exactly what to expect from each of these Roomba 665 vs 650 in terms of features as well as their price.

Now that you know about the main similarities and differences between the two we can go more into detail about what common features both of these roombas have.

The first stage of this 3 stage cleaning system begins with the agitation stage in which the brushes of the roomba agitate all the loose dirt, dust, and debris that can be found on the floor. This agitation stage ensures that all the larger pieces are disturbed so that they can be picked up easily. This also makes sure that the larger piece is broken down so that they can easily be picked up by the roomba. Once this stage is complete, the roomba starts the second stage which is the brush stage. The brush stage further works the floor in order to release all the smaller pieces of dust, dirt, and debris so that they can be picked up by the roomba’s suction.

The brush stage is important because it makes sure that floors that have a tendency to trap just particles like carpet are made to release them so that the roomba can clean the floor better. The third and final stage of the whole cleaning process is the suction stage which sucks everything up into the roomba. The suction stage makes use of the vacuum that the roomba has and makes sure that no dirt, dust, or debris is left behind after the roomba moves on to a new spot.

All roombas in the 600 series have 3 different brushes that help it to do its job well. These three brushes belong to two different types of brushes, each with their own purpose. The first type are the brushes that are located on the underside of the roomba. These two brushes are called the Dual Multi-Surface brushes and are specifically tailored to clean all types of floors effectively. These two brushes work in unison in order to give you the best cleaning experience possible. They make sure that the roomba doesn’t leave anything behind once it moves to a new area. This pair of brushes are why the roomba is so effective at cleaning because they are the most used brushes in the roomba. They are the base of all of the cleaning that the roomba does.

That is not to say that the third brush isn’t important. The third brush is the edge sweeping brush and can be found all around the roomba. This brush makes sure that the roomba cleans everything that it physically touches. That means that this brush is responsible for cleaning the corners of the room that it is in. The edge brush also makes sure that it cleans areas around furniture, devices, and anything else that may be found lying on the floor. The dual brushes may clean the largest area but the edge brush makes sure that the small areas that typically trap dust are also as clean as possible.

All roombas in the 600 series are able to detect when their batteries are getting low. When they get the prompt that they are about to run out of battery the roombas stop cleaning and instead start making their way to the charging dock that comes with every roomba. The roomba then docks itself and starts charging. After the recharge is complete the roomba will let you know that it is at full battery so that you can put it back to work immediately. All of this requires no input from you which is why the roomba is called an autonomous cleaning robot. It can clean by itself and charge itself which completely removes the need for human input.

One of the most interesting features that roombas in the 600 series have is the iAdapt navigation that they use to get around. This technology ensures that the roomba is able to move freely on its own without any outside help. This is possible through the audio and visual sensors that can be found on the roomba. The roomba uses these sensors in order to map the room and thus get an accurate picture of where it can and can’t go. This way the roomba is also able to identify whether something in its way or not.

The iAdapt navigation technology is a proprietary  technology of iRobot. It basically ensures that the roomba is able to get around without any assistance and won’t bump into stuff that is in its way. The technology has been since improved upon and in the newer models you’ll be able to find iAdapt 2.0 which adds a lot more features to this technology but the 1.0 that can be found in the 600 series is still viable and works well without any trouble.

The roombas in the 600 series can also be set up to follow a certain schedule. This is one of the most innovative features that you will be able to find on any roomba. It allows you to set up the roomba to follow a certain routine every day. This feature can save you a lot of time and trouble because you can have it clean whenever you are out of your home. The schedule that the roomba follows can be set through the app that you can download for the roomba and can be changed whenever you want.

The roomba in the 600 series are able to suck at a much better scale than other cleaning machines because of the powerful vacuum that can be found on the underside of the roomba. The suction is unique in the sense that the roomba is able to suck up dirt at a much faster and dependable rate when compared to other cleaning machines. The suction also makes sure that the roomba is able to clean all floors exceptionally without leaving behind even a speck of dust once it has gone over the area with its vacuum.

Virtual walls are one of the fancy new technologies that may sound weird and unhelpful but come in handy a lot. The virtual wall technology allows you to control where the roomba can and can’t go. Each of the two roombas come with one virtual wall which is a small device that emits a light only the roomba can see. Once the roomba sees the light it recognizes it as a wall. It will then not try to go through the light no matter what happens. This allows you to make the roomba focus on one place, prevent it from going to a place that it isn’t supposed to, and even stop it from going into hallways if a door is left open. Virtual walls come with a ton of uses and the only thing that limits how you use them is your creativity. 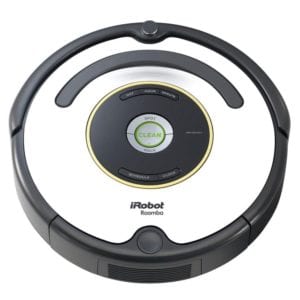 The only feature that sets this roomba apart from the 650 is the fact that this roomba can be controlled using a remote. This allows you to remotely control the roomba using your phone wherever you are. It is a helpful feature no doubt, but it is the only difference that can be found between the two, apart from the physical differences such as shape, size, and color.

The first major drawback of this particular model is the obvious price increase. This model costs a hundred bucks more than the 650 which makes little sense as the only noticeable difference between the two is the fact that you can control the 665 with your phone pretty easily. There are of course other aesthetic differences but in terms of usage and features, this is the only one that comes up which is a huge drawback to this model because it doesn’t justify the difference in price.

Overall this model receives a 7 out of 10 because it may have some great features, the price doesn’t make sense. It’s not just the fact that it is more expensive, it’s the fact that you have to pay a hundred dollars for just one feature that has little effect on the cleaning ability of the roomba. If it could be connected to Google home or other such apps then the hundred bucks would make sense but in this case, it can’t be justified which is why it only gets a 7.

The 650 has a ton of great features which can be found in both of the roombas in this article. The best feature of this roomba is the price at which it is offered. $200 is an incredibly attractive price because it is very fair especially for the amount of quality of features that you can get with this roomba. The 650 also has a great reputation for being one of the most dependable roombas to ever come out. It is one of the most popular roombas ever to come out and that means that it is very easy to find replacement parts and filters which can be a problem for other models that weren’t quite as popular.

The one drawback that it does have is that it also has a reputation for looping too much. Looping is when a roomba keeps cleaning areas that it has already cleaned without moving on to new areas. Although in newer versions of the same model the problem has noticeably gone down there is still the risk that it might revert back to its original cleaning pattern which can severely hinder you when cleaning. That’s the only major drawback that this roomba comes, other than this roomba is pretty great.

This roomba is honestly one of the best ones out there and it is pretty easy to see why it is one of the most popular roombas ever to come out. It comes at a very affordable price and is full of features that make it stand out as a very decent roomba. It gives the perfect mixture of price and features and for $200 it is an amazing piece of cleaning technology. That is why this roomba gets a 9 out of 10. Its price and its features are just above reproach and this roomba sets an example of what other roombas should be like.

Making a decision between the two is not easy because these two roombas are virtually the same when it comes to features. There is only one thing that separates the 665 from the 650 and it is hard to say which one is actually better. The price factor helps in making a decision because although the 665 may have an additional feature, it is also a hundred bucks more expensive. That is why the winner this time has to be the 650.

It offers great features at a very reasonable price which makes us think that this roomba is better than the 665. If the price difference between the two was a little less, for example, $50, then it would have been impossible to make a decision but given that the difference is so high without any major difference in features, the winner this time is the 650 hands down.