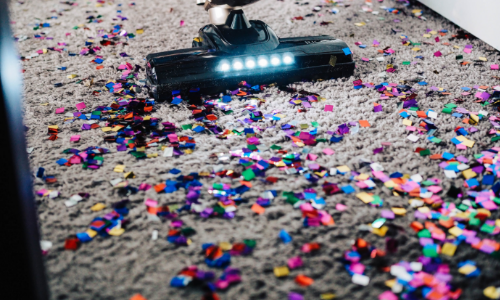 The Roomba is quickly becoming one of the most popular automated machines that are now becoming a common sight in American homes. A Roomba, for those that don’t know, is an automated vacuum cleaner that cleans your house for you. It can be programmed to follow a certain set of instructions and, through them, you can completely automate the vacuuming of your house.

This vacuum cleaner is so popular in fact, that it has come out with multiple series of Roombas and each of those series has distinct features that are native to them. Today we will discuss two Roombas from the 800 series, and compare and contrast them to see how well they stack up against one another. Before we get into that, we’ll first see what the 800 series has to offer in general.

It’s a perfectly average Roomba which makes it perfect as a starter Roomba. The problem most people face with Roombas is that they don’t know if it will be worth it or not. It is quite an investment because of the high price tag which can deter most people from ever purchasing one. That is where the 805 comes on. The 805 has enough features that it is still a really good automatic vacuum but enough is left out that it becomes affordable.

This Roomba is meant to last for a while so that first-timers can see why a Roomba might be worth the investment. Unlike some in the 800 line, this Roomba comes with a Lithium-Ion battery which is known to last for a while. That doesn’t mean that it increases the run time, instead, it means that the batteries will last longer than others. You will have to change them less frequently and thus can save up on battery costs as well. This makes this Roomba great if you want to get a Roomba for the first time and you’re not sure whether it will be worth it or not. 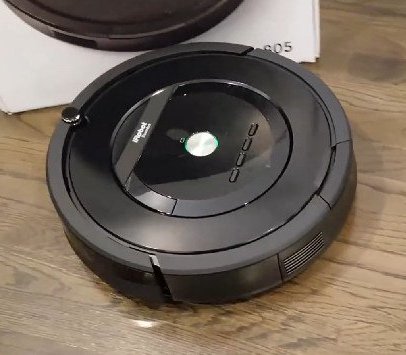 As said before the 805 is an average Roomba but it’s actually one of the best in the line. The rating for this one has to be an 8/10 because how accessible it makes Roombas for everyone and allows anyone to own a Roomba. The Roomba has a very decent battery life and allows you to clean your home very easily. The Roomba comes with all that you need which is a charger and the mount.

There is one thing though that might make this Roomba undesirable for a few people. This Roomba doesn’t use HEPA filters. HEPA filters are able to catch particles that normal filters can’t. These particles include dust mites, cigarette smoke, and pollen. These substances can be extremely harmful for people with allergies. These substances can potentially cause an allergic reaction and thus put the health of the person in peril. That is why this Roomba doesn’t get a 9. The HEPA filters also make sure that you are able to clean the filters easily. If you clean the filters of this Roomba you are looking at a bunch of particles flying towards your face and potentially starting an allergic reaction.

That warrants that care be taken when handling the filters. It’s not all bad though. This Roomba comes with a lot of great features and is one of the best starters out there. It can get the job done at an affordable price and that is the thing that matters with this particular Roomba.

The biggest feature that this Roomba has is the battery. You might think that that is weird but it’s actually true. This is because this model comes with a Lithium-Ion battery whereas the 880 comes with a Nickel Metal Hydride battery. There is a huge difference between the two types of batteries and you would not believe the arguments that people get into which type of battery is the best. The basic premise of the argument is that the Lithium-Ion battery lasts for longer whereas the Nickel Metal Hydride doesn’t last as long but is safer because it doesn’t explode if it’s overcharged, it just fizzes out.

The Lithium-Ion battery is also a feature because it lasts 3 times as long as Nickel Metal Hydride batteries. That means that you can save on the costs of batteries because you won’t have to buy them as often, and they are cheaper than Nickel metal Hydride ones.

That feature may put you off of the 805 but it’s nothing to worry about. Battery technology has come a long way and you won’t have any problems with exploding batteries. The best feature though, is the price. This Roomba will cost you about $450 which is very decent for a Roomba. At that price, it’s a steal because it has some pretty decent features that are in the 800 series. The reason why the price is listed as a feature is because it is hard to find a good Roomba at a low price.

This Roomba’s price is the best feature that you could ask for because through this price you can experience all that a Roomba can do for you without having to get a higher end one. This price makes this Roomba perfect for people that have not owned one before and want to try the product out. This particular model is one that we would classify as a starter set and that is what sets it apart from the rest. The rest of the Roombas in this line are pretty heavy duty and they cost a lot to match so you’re making a safe choice if you’re getting this one. It’s dependable and long lasting, what more could you ask for?

Even with the low price, this Roomba has some pretty good features. One of those good features is the virtual wall system. Now the 880 also has a virtual wall system and both are quite distinct from one another. In this Roomba the virtual wall system allows you to set a parameter to the Roomba so that it only cleans in the specific area. It will not leave that area and will keep cleaning that area until it is done. This is especially useful if you want to confine the Roomba to a specific area because it needs more cleaning or if you don’t want it cleaning somewhere because your pet or kids are there then you have the option to do so.

The 880, in stark contrast to the 805, is one of the high-end Roombas in the series. That’s why it comes with a load of features that you won’t find in the other Roombas. Overall this is one of the more expensive Roombas and you could be looking at a price of over $600 but right now Amazon is offering a huge sale on these Roombas. It would cost a lot more than its current price but because of the sale, you can pick up this Roomba for only $330. That seems incredible but it is true. Just because of this sale price this Roomba gets a high rating as well, coming in at a solid 8/10. There are a few reasons why it didn’t get a nine and we’ll cover those in the review.

This Roomba has a few negative features that will be included in the review. The first problem that we have with the 880 is the fact that it has a Nickel Metal Hydride battery. Now there’s nothing wrong with the function of the battery. Its run time is the same as the 805’s but the problem is the lifetime of the battery. Nickel metal Hydride batteries typically last two thirds less than a Lithium-Ion one. They also cost a bit more which makes sense because they are safer.

The fact does remain though that you will end up spending more on batteries with the 880. Other than the battery, the price is also worth mentioning. At its normal price, it would cost you upwards of $600 but because of the amazing sale that Amazon is running right now, you can get this Roomba for only $330. That is a bargain because it has some really cool features.

There are a lot of cool features that this Roomba has. The first is the multi-room navigation feature that this Roomba has. Using this technology this Roomba can navigate in and out of rooms without any assistance. This is a great feature if you want a more autonomous cleaning machine. This Roomba also comes equipped with better navigation capabilities which allow it to move around corners better and make itself function better by not banging on furniture and walls.

Normally we would go with the 805 because we love the affordability of it. A Roomba like that at that price is a steal, but this time the winner has to be the 880. The 880 wins because of its sale price when comparing the Roomba 805 vs 880, and the fact that it has a bunch of cool features is even better. The fact that it is able to move from room to room easily is a no-brainer. This means it has better mobility and spatial awareness, which makes the 880 the Roomba to be considered over other options.